A downloadable game for Windows

I worked on this game for several months, but decided to devote more time to life goals and other projects. I doubt this will see further polishing off, unless there are game-breaking bugs I didn't manage to find, but I leave the game here as a general demonstration of my spriteart and as a resolution to create more fun games. The level select menu will describe the general state of each stage.

If you find a bug that drastically impedes the game or crashes it, see if you can consistently reproduce it and ideally produce a screenshot or footage, then get in touch with me.

You control a paddle that bounces a ball up and down the screen. At any time you can press the launch button and your paddle will turn semi-transparent. If the ball falls within parrying range of the paddle at this point, you'll freeze the ball and be able to redirect where it goes, with an additional speed boost; if the ball is outside the range it'll carry on rolling, and may even pass through your paddle. Enemies will drop coins upon defeat, which are the sole method of attaining score.

For every row of levels you beat, you'll earn a subweapon that can be activated by pressing the subweapon button. These can be selected from the pause menu ingame or the subweapon menu from the level select. Boost the ball's speed, fire bullets to damage enemies and hit switches, create walls to bounce the ball off of, make the ball intangible, and spawn additional extra balls.

The game contains 23 levels with three 'boss' paddles, along with other encounters.

Every amateur game developer has huge ambitions undermined by their lack of experience, and many of them will turn to recreating classic, mechanically-simple games. I started out creating Arkanoid but at the same time, creating a version of Arkanoid where you weren't  trying to line up the ball to hit the last three or so remaining blocks on screen - and spend more time doing that than successfully destroying the previous thirty blocks.

I wanted the player to be able to be able to stop and redirect the ball in command, which presented two problems - the lack of risk in stopping the ball, and the lack of challenge when you weren't restricted to influencing the ball's direction purely through the speed or angle of the paddle. Level designs have been drastically altered from the Arkanoid norm to compensate for the player's newfound ease of ball control.

I found this game the other day and thought it looked cool, but when I came here today to download it, the download button is missing? What's up?

A game crash was reported to me so I temporarily hid the download while I fixed it. I don't mind people checking the game out of curiosity, but if I decide to work on it again it'll be from scratch with a new engine.

I see, well I'm glad it's not gone for good! Good luck with your projects!

on level 15 the game crashes every time the enemy hits the ball and outputs this text:

I uploaded the fixed file to the page, just rename it to your current copy of the game and it should read from the same save file and option settings. Let me know if there are other unexpected developments.

Muscles, Thighs - All Girls, No Guys

(in this day and age (demographics), playing the 'nsfw' card - sells)

Reply
The grabbin dragon2 years ago

Kicker quest sounds right for the game in my opinion. 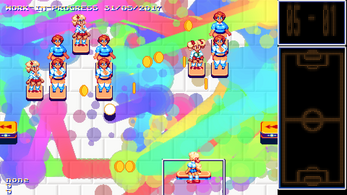 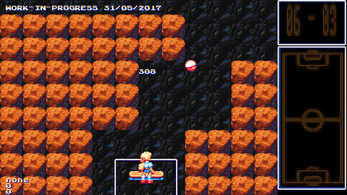 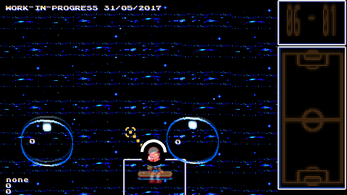 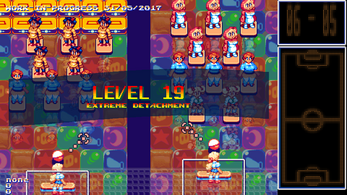 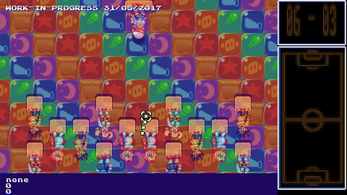